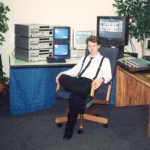 Dan began his career in video after graduating from Purdue University in 1990. Dan founded his first company, Power Image Video Productions in 1991 specializing in legal and corporate video production. Power Image operated until 1995. In 1996, Dan traveled to Rockport, Maine to take classes at the Maine Film and Television Workshops. 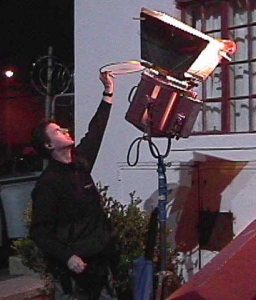 In late 2000 Dan headed to California to work on an independent film being shot in the San Francisco Bay Area. Following a positive experience, Dan moved to California full time to work in Independent film. Dan worked for a while in the grip and electric departments setting lights and running electricity. In later projects, Dan transitioned to the Art Department dressing and on occasion building sets, building props and assisting with basic practical effects.

In addition to film production, Dan worked for Williams-Sonoma, Inc. working in catalog photography for the Pottery Barn Kids brand. Dan helped clear and prep the location sets, deliver merchandise to and from set and assist the photographers and stylist as needed. Soon Dan became a producer for Pottery Barn Kids coordinating all of the elements of the photo shoots from Truck Prep, hiring staff, merchandise ordering, and set coordination.

Media 401 was founded in Fort Wayne, Indiana with the mission of producing high quality, affordable presentations for its clients. The original focus of Media 401 was legal video.  The name Media 401  refers to the Federal Trial Rules Section 4-01.  This section deals with Relevant Evidence.

A short time later Media 401 focused mainly on producing television commercials, but has also produced a variety of videos for corporations and non-profits, as well as short films and music videos.

Media 401 operates with the ethic of “always improving.” Video and media production is a constantly changing environment. Media 401 strives to stay current with the many changes in the media production world. We strive to provide the best possible quality production to each of our clients.

We look forward to helping you with your next production.